Once again in 2014 the Italian deli meat products returned to the centre of the European institutions due to the collaboration of the IVSI with the ITA (Italian Trade Agency) of Brussels and the participation of the food protection consortiums which are part of the ISIT (Institute for the Protection of Italian Processed Meats). The opening event of SalumiAmo® Europe on 5th November 2014 was held at the Art & History Museum in Brussels. The museum offered a three-day event schedule followed by a tasting day at the European Commission on 6th November 2014. Tastings of PDO (Protected Designation of Origin) and PGI (Protected Geographical Indication) were hosted again at the Berlaymont building just as in 2011 and 2009. As for the opening event in the European Commission also the tastings were accompanied by a chef of the ALMA (International school of Italian kitchen). The event had a real run and interest for the Italian deli meat products was high, appreciated especially by the non Italian guests both in the European Commission and Parliament where the initiative was held on 13rd November 2014. The event SalumiAmo® at the Parliament offered tastings of an easy and pleasurable style to get to know better the high quality of the processed meats and our food and agricultural heritage. Furthermore the salumi food sector could be promoted and our ´made in Italy´ products valorized. The opening speech was held by the delegate Elisabetta Gardini who presented the event in the presence of several other Euro-MPs and the vice-president of the European Parliament (effective in 2014) Antonio Tajani. In this way the engagement for the protection of our food culture could be renewed on a European level. 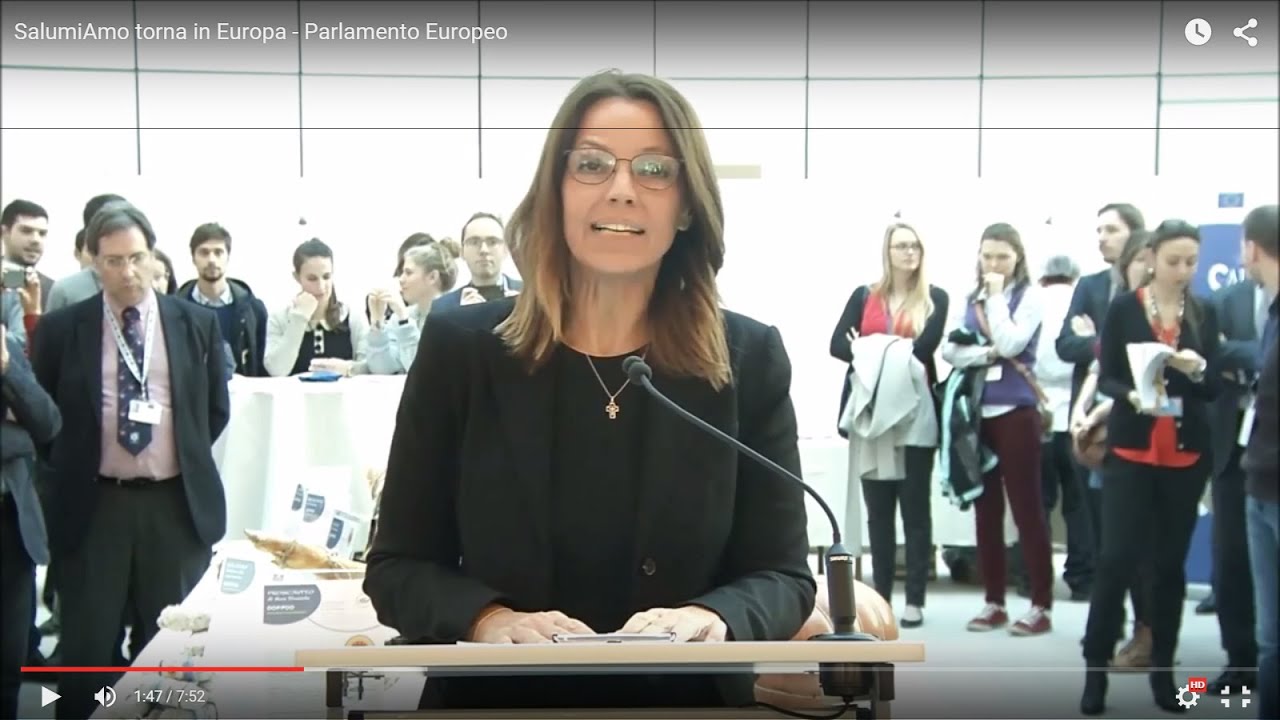 Thanks to the close collaboration of ASSICA (the main processed meat trade association in Italy), the consortium ISIT (Institute for the Protection of Italian Processed Meats) and the ITA (Italian Trade Agency) in Brussels, the success of the first edition could be replicated in 2011. The opening event for the November program was organized at the Solvay library with an evening to celebrate the deep bond between the association and Europe. Several journalists and European officials were rewarded for their work which contributed to the valorization of the ´made in Italy´ brand.Three days of tastings were hosted in the Berlaymont building, headquarter of the European Commission. Nineteen types of PDO and PGI deli meats were served by the consortium ISIT. Fragrance and taste of the unique Italian deli meats stroke the European officials. Through keeping a distinct sensorial path and delivering sophisticated background information to the public the IVSI could reach out to two thousand and two hundred people of twenty-seven nationalities.

2009 – SalumiAmo was hosted in Belgium for the first time

In 2009 SalumiAmo® was brought into being for the first time in Belgium, organized with success in the cities Brussels and Antwerp. With the collaboration of the ITA-agency of Brussels and some of the protection consortiums the program to communicate quality and excellence of the Italian deli products was brought to the centre of the European Institutions. Beyond the various tastings in high end venues for selected customers, an opening event has been launched at the theatre ´Le Vaudeville´ on 14th January 2009. The theatre is positioned in the gallery ´de la Reine´ in Brussels and has seen numerous important personalities of the European Commission and Parliament as well as the Italian Diplomatic Mission and various Institutions. This event was followed by five days of tasting at the Berlaymont building. One of the many participants was Antonio Tajani at this time vice-president of the European Commission.

Showplace for the tastings have also been the restaurants inside of the European Commission who inserted a small taste of Italian deli meats within their menu. Another important tasting event was organized at the Altiero Spinelli Building, seat of the European Parliament hosted in the presence of Mario Mauro (in 2009 one of the vice presidents of the EU Commission) who offered direct support in the realization of the event.