Zampone is a product of the Italian tradition made with a mixture of pork meat, rind, fat, salt and spices, stuffed into the skin of the front leg of the pig.

Zampone is a product of the Italian tradition made with a mixture of pork meat, rind, fat, salt and spices, stuffed into the skin of the front leg of the pig. Its origin dates back to 1511, when the troops of Pope Giulio II Della Rovere besieged Mirandola (Modena). At the end of the siege the inhabitants of Mirandola were hungry and had only pigs. Not slaughtering them was a sin: it meant giving them to the enemy, now close to entering the city. The idea of one of the cooks of Pico della Mirandola was to slaughter the pigs, chop up the meat and sheath the casings made from the skin of their own limbs. This solution allowed the meats not to rot and to be preserved to be cooked later on. The cotechino developed in a similar way. Production and consumption are typical of the winter months, particularly during the Christmas time, but it is a product that would deserve greater attention from the consumer even during the rest of the year. Despite of what we tend to think, zampone is a nutritionally balanced food. Among the protected productions Zampone Modena is a PGI marked deli meat.

How to make zampone

Typical and very recognizable the zampone is a mixture of lean pork meat (usually rich in connective tissue) ground and seasoned with pepper, minced rind, fat, spices and natural flavours. The dough is then stuffed into a casing, obtained from the treated skin of the front limb of the pig. It is possible to find on the market both the zampone to be cooked and the precooked one. The latter is much appreciated because it allows to speed up the preparation time. Despite being a winter product, the current techniques of preparation of precooking and packaging in vacuum-sterilized wrappers allow to enjoy this product throughout the year.

(In brackets the year of PGI recognition) 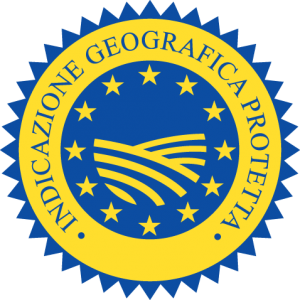